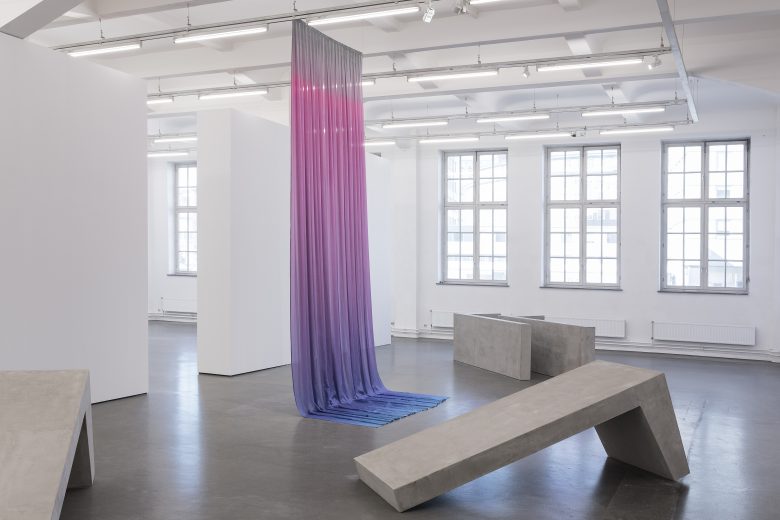 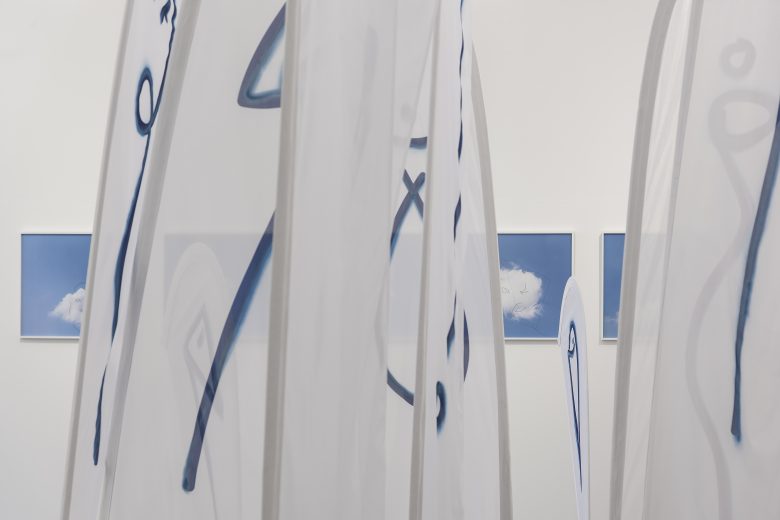 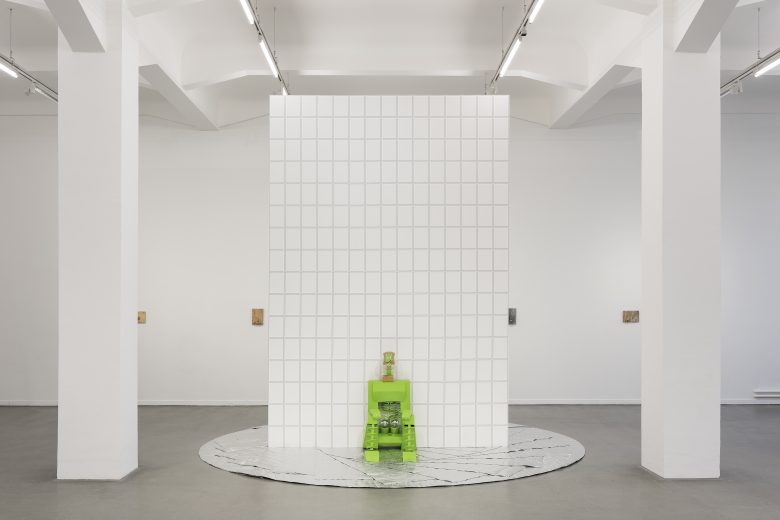 Special programme for the Long Night of Museums
21 April, 6 pm – 2 am

Pfeil Magazine #9 with Flaka Haliti
Release to be announced

There is a sense of longing in the works by Flaka Haliti. They have a subtle humour, which not seldom shifts into something tragic. Flaka Haliti uses this humour as a strategy for acquainting herself with the world. Her poetic objects, photographs and drawings testify to how she gives form to the intangible, or literally gives it a face, familiarising herself with the world in this way.

Haliti also uses Joe, a fictional character and the artist’s alter ego, to venture into the confusion of the present. Joe is a genderless character, who appears in Haliti’s artistic work in a multitude of forms: Whether as a sponge with self-adhesive wiggle eyes or a two-legged sculpture in curved steel—Joe spooks through Haliti’s exhibitions, embodying an (artist-) individual under the pressure of neo-liberal living and working conditions, constant self-renewal, (re-)presentation and productivity.

Flaka Haliti works with everyday objects and aesthetics such as Ikea bags, children’s drawings, in-store displays, junk and barriers. In her works, these become, for example, a ghost Concerned by the Ghost Without Being Bothered, 2017 or a robot Its Urgency Got Lost in Reverse (While Being in Constant Delay), 2017. With just a few strokes, Haliti gives these non-human beings such charismatic features that they immediately become our friends.

The abstract and yet at the same time concrete works by Haliti initially seem cheerful, yet they frequently point to questions of systemic violence and dubious authority of interpretation, to limitations as well as the overcoming of them. Haliti reflects on our existence in the midst of constructed inclusions and exclusions. Large sculptures based on UN security barriers refer to territorial, political borders, while a five-metre-long curtain with a celestial gradation of colour and the title Just Hanging Around symbolises gentle—though nonetheless challenging—obstacles.

The exhibition will be realised in collaboration with the Kunsthalle Lingen.

Flaka Haliti (*1982 in Pristina, lives and works in Munich) studied graphic design at the Universiteti i Prishtinës, Pristina (2002-2006) followed by fine art at the Städelschule, Frankfurt am Main. She is currently studying for her PhD in Practice at the University of Applied Arts Vienna. She presented her first institutional solo exhibition in Germany in Kunsthalle Lingen in 2017. Her works have been shown internationally in solo exhibitions in the pavilion of the Republic of Kosovo at the 56th Venice Biennale (2015), mumok Museum moderner Kunst Stiftung Ludwig, Vienna (2014) and in the Kosovo National Museum, Pristina (2014), among others.