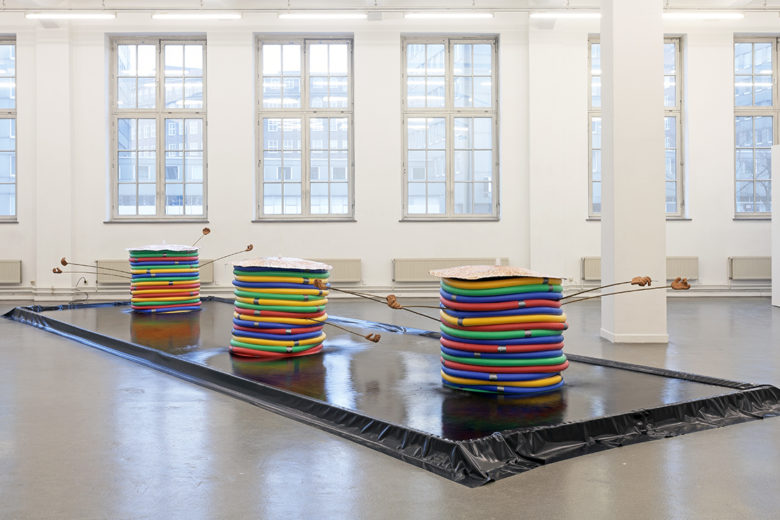 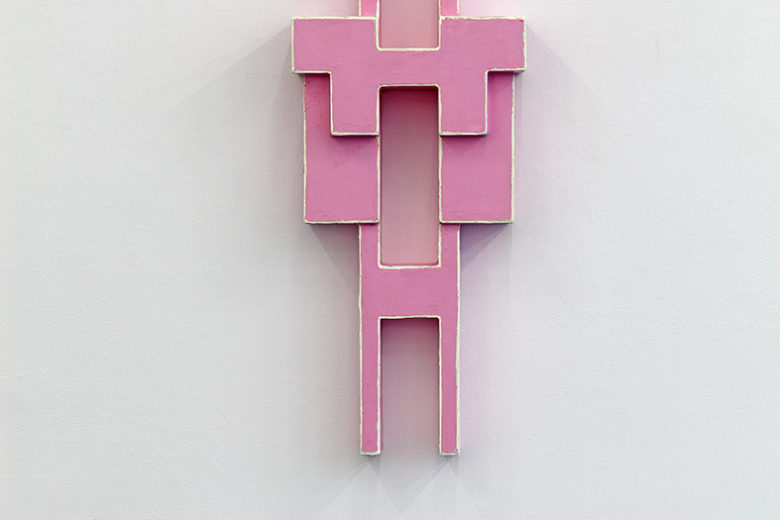 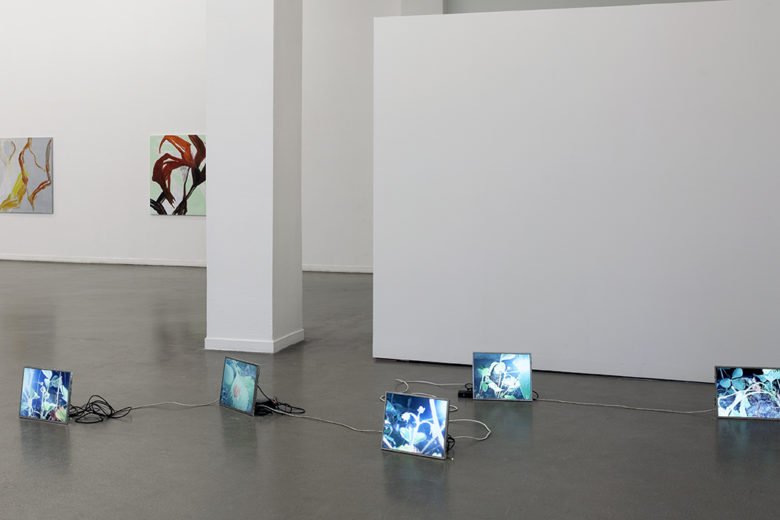 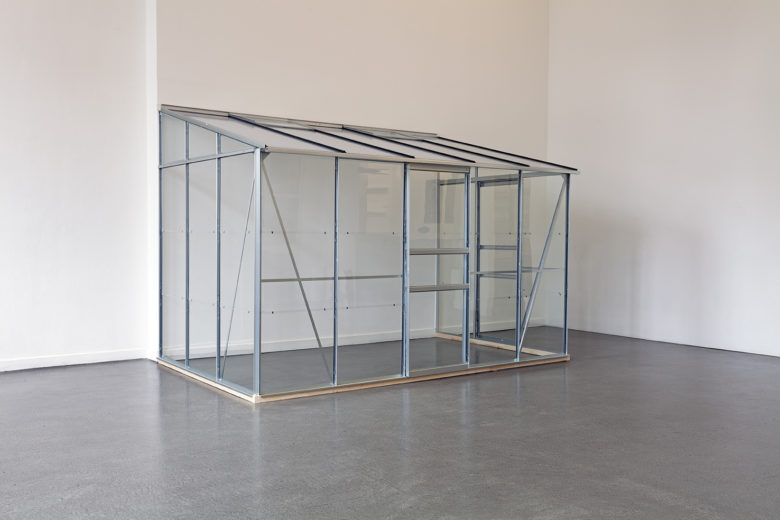 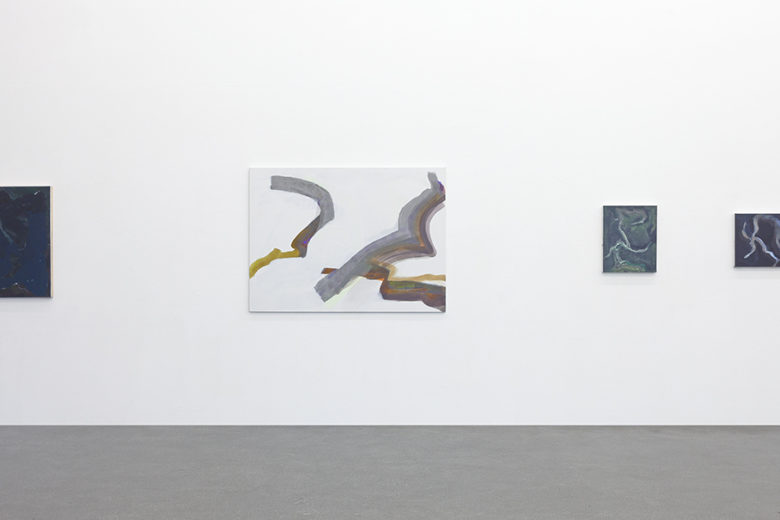 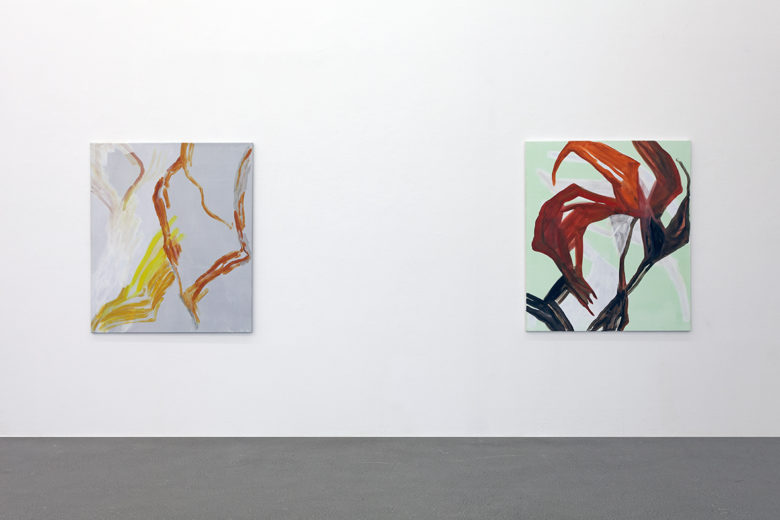 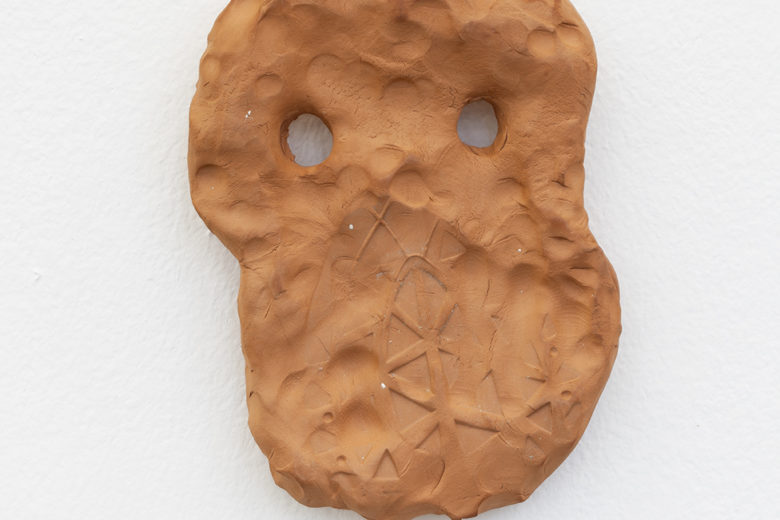 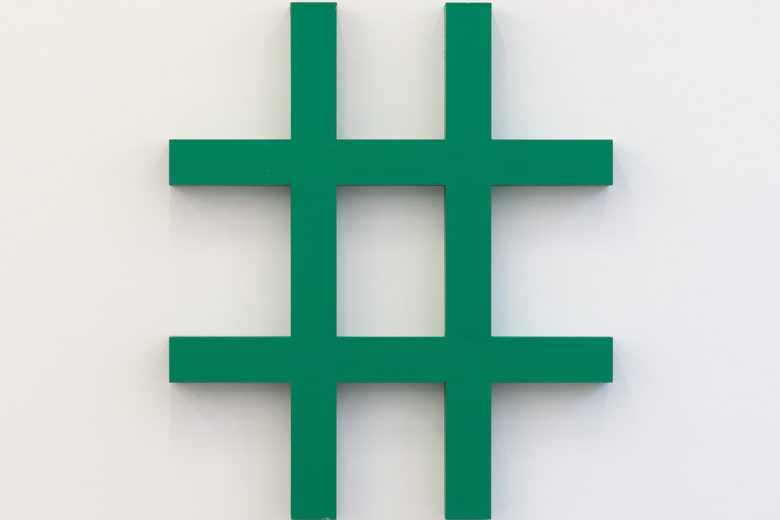 This exhibition is an exercise in taking the space and constructing a situation where you can see the works of four young Swiss artists, but at the same time feel that you are not in an exhibition. Also, it has nothing to do with disrupting a format, or producing an experiment. It has more to do with the possibility of not organizing the material for a „presentation“. However, we want you all to enjoy. Actually, it is this aspect of informality which we want to approach because it is full of a new potential to understand different relationships that art and artists now are establishing with material, with mutations, with media, with images. True, there is almost no media, digital media, in the exhibition, and, still, what is important to know is that art is able to absorb the big energy and tension that is built up all around us between traditional forms of perceiving and traditional notions of aesthetics. The same happens with the social. How do all these pieces and volumes and moving images interact with the real? They do not. But, they do as well. All around us there is a special attention to the transformation of the world, not only its ideological transformation but its genre and organic transformation. This, which is complex and impossible to address from a single point of view or discipline is what art can do. But, also true, it does so in ways that we can not easily grasp or describe so that a „total“ comprehension of what are we through and where is this all going, emerges. Still, I trust and this exhibition is just this, an invitation to trust the most genuine ways of working with matter and ideas in a given space, the Kunsthaus Hamburg.

In 1988, the philosopher Vilém Flusser visited the Ars Electronica festival in Osnabrück, Germany. He gave an interesting interview on the occasion, in which he simply tells how words cannot describe the world any more. Flusser explains how the alphabet was not only a radical invention that—more than 3,500 years ago—has provided a code to describe reality; it was also the genesis of our notion of “historical time”. The line of the text and the timeline are analogous, and over centuries the logic of reading became the logic of the sequence of events. We are, says Flusser, in a revolution of thinking and communication since neither text nor image alone can sufficiently describe reality. The “new” reality, or time, so to speak, needs a language that measures as well as maps, describes as well as depicts. There is no single language, discipline, or realm of knowledge that alone can handle the task of dealing with the world. For years, information technologies, he continues, have tried to produce synthetic codes that help us define the tools of the near future. In accordance with Flusser, I would say that one of the main tasks of culture today is to teach the nature of this new time, and to develop the capacity to grasp its multiplication of synthetic realities.

If there is a structure that has been dealing with practice and production on the one hand and an intense respect for the line and historical time on the other, it is exhibition making. Within the spatial parameters of the white cube, one could say the exhibition is designed like a book. And, as Flusser further mentions, it is the book we need to leave behind; that is, the linearity of art’s presentation and explanation, its inside/outside logic. This is, of course, a very difficult task, one that demands a completely new trust both in ways of making and in the discovery as well as performance of space under these different premises. The current interest in different types of exhibitions—from fair presentations to the innumerable postures of art inside and outside the frames of institutions to exhibitions of science and natural history—reflects an unfulfilled need to figure out how to de-formalize the production, presentation, and reception of art. More than an “after form”, our time demands a graspable method for an “un-form”.  It is known that we need to jettison the core premise of  “aesthetics”: the distance that separates art from institutions, viewers, and artists themselves. However, this implies a nearness, or unprecedented fusion, of substances that have been apart for so long that it would demand new organs; that is, a whole new theory of the relevance of senses in an epistemology to come. It is for this reason that I believe in both a return to experimental conditions as well as an abandonment of the “middle class” as the universal receiver of our acts. The first is easy to name, yet very difficult to put in place, because we are more interested in defining the steps that lead to results than the educts, the forces that motivate the experiment and make it possible. I think the exhibition should be the place for the continuous effort that creates these experimental conditions.

The second premise—the abandonment of the middle class—is a little bit more polemic, yet even more necessary, than the first. Abandonment is not meant to be understood as disregard or a lack of esteem. Rather the contrary: it is the heavy weight that democracy has placed on the “middle”, on the citizens, that we need to lighten. This implies the development of projects that actively look after a different kind of relationship between society and art other than one of legitimation. Lately, I have been thinking about two possible methods that could be put in place. One is to more actively use the labs, campuses, and centers that serve the society with no expectation of  a direct consensus between an activity and its reception. The second method is to develop projects with artists and cultural agents that will use the given structures to work together with the youth and children that also form the social.  One radical way of un-forming our inherited institutional structures will be to challenge them with radically different uses, and to inhabit them with working methods that are unprecedented but that may turn our models of exhibiting and participating in the production of culture into a more productive ground.