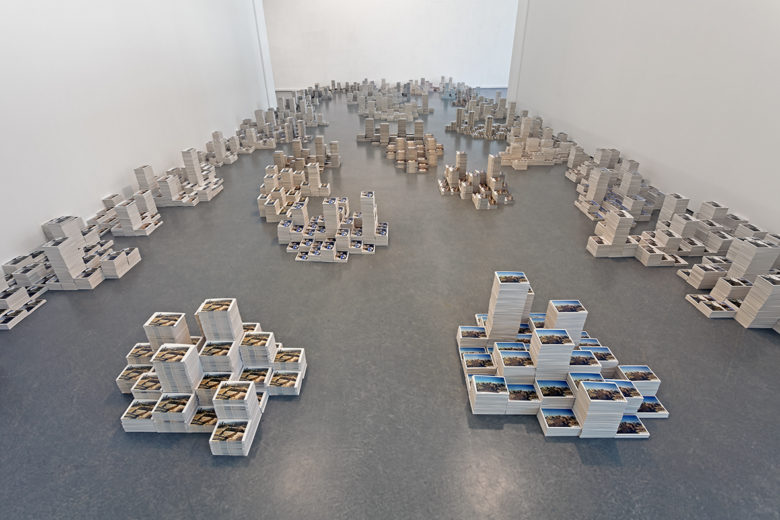 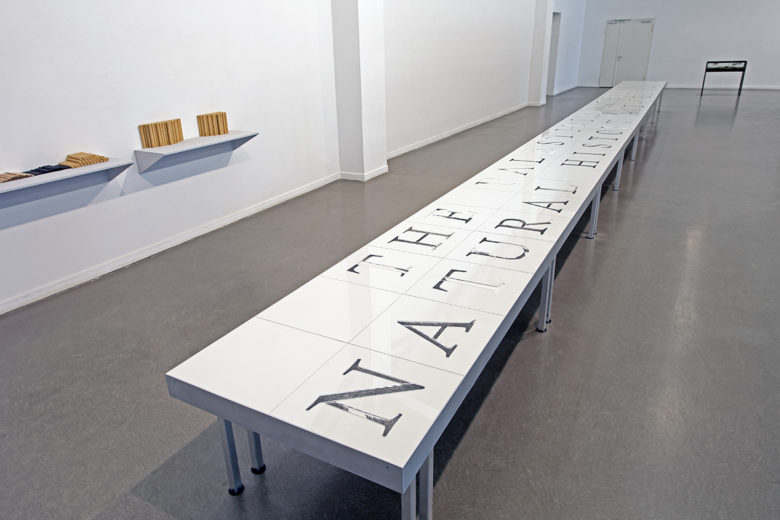 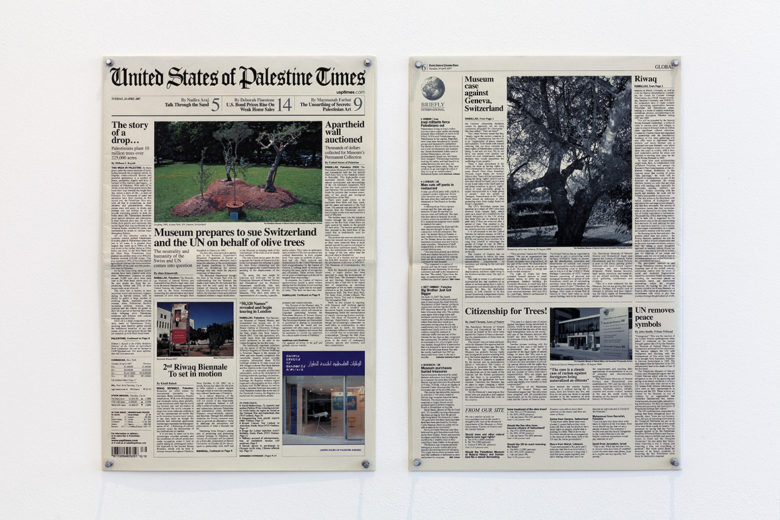 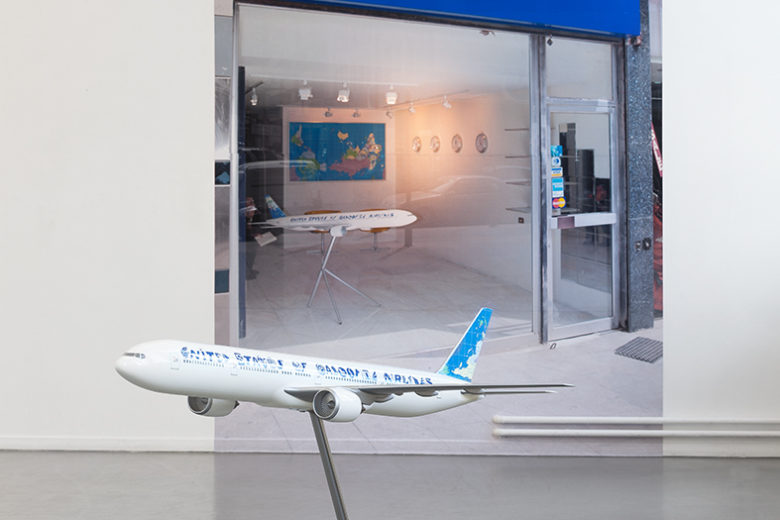 Khalil Rabah has founded a museum, an airline and a branding agency (PDF – Palestinian Design Force). Moreover, he is the initiator of the Riwaq Biennale, as well as co-founder of the Al-Ma´mal Foundation for the Promotion of Contemporary Art in Jerusalem, and decisively gets involved in projects for the preservation and restoration of Palestine’s cultural heritage. That the latter projects are real, while the former by contrast are artistic claims, pertains to one of the most important conceptual approaches in Khalil Rabah’s work. In a practical and ideal interaction of political involvement, cultural search for identity and concept art, he develops a new and consistent space of action and thought.

Khalil Rabah was born in Jerusalem in 1961 and studied Architecture and Fine Arts at the University of Texas, USA. With numerous solo exhibitions and Biennale contributions, the artist, currently based in Ramallah, was already internationally represented. In Europe, by contrast, there have not yet been many opportunities to become comprehensively acquainted with his work. Thus, the Kunsthaus Hamburg, with the exhibition “Scale Models”, is pleased to be able to display a representative institutional solo exhibition of the Palestinian artist in Germany. For the occasion, Rabah is developing a re-staging of three important groups of work from the past ten years for the rooms of the Kunsthaus.

In 2003, Khalil Rabah initiated the Palestinian Museum of Natural History and Humankind as an artistic concept. The departments of the museum comprise, among other things, Geology, Paleontology and Botany. With this project, Rabah coins the identity question of a “nation in a state-of-emergency” into an autonomous narrative, which eludes the resigned perspective on the political context of Palestine via the detour of the natural sciences. Laid out as an ongoing project, according to the exhibition’s circumstances and location, the museum finds new forms of presentation, exhibits, and groups of themes. In terms of content, the museum takes on ever new formats from installation, painting, through to sculpture, e.g. with the discussion about a “New Geopolitical Knowledge”, or also with the demand for civil rights for olive trees.

Characteristic of Rabah’s method of working is the adaption of institutional representation through brochures, invitation cards, photographs or display models, which he captures or redesigns in his installations in the form of models, reproductions or paintings. With this means, he makes use of the fact that structures such as a biennale, a museum but also an airline or a cultural foundation not only have meaning in the form of their real existence (buildings, staff, tickets), but the way they „communicate“ (catalogues, photos, news reports) adopts an equally important part of the effective power of these institutions. In this sense, he creates „scale models“, and thus manifests the imaginative force of institutions, which in a political context like Palestine lie at the mercy of impossibility.

Alongside parts of his fictive museum, amongst others, the piece Another geography (2009 – 2012) is on show in the exhibition. It consists of picture postcards of historic Palestinian buildings threatened by decay. The 50 varying motifs are stacked up in the exhibition in piles of different sizes so that they evoke a jagged landscape architecture. Since the visitors can take the postcards with them, the piles ever-diminishing in the course of the exhibition mirror erosion and the successive disappearance of the historical architecture. The topic of artistic and cultural historical registration of the Palestinian culture, and thus the latent topicalized question about the possibility of a proper history and identity beyond the conflict, is a recurring motif in the artist’s works.

In recent years, Rabah opened up in, amongst other places, London, Beirut and Kuwait an office for The United States of Palestinian Airlines (USPA), which finds another host in the exhibition in Hamburg. With few clues, such as a representative logo made up of fragments of real airline brands, world clocks, a model airplane of the USPA and a map, Rabah not only designs the fiction of an airline, but rather more the fiction of the existence of his own country.

With the self-reflective treatment of the political context and the ease in its realization, Rabah successfully provides the tragic background of his work validity beyond the tangible conflict. Furthermore, through his artistic work, very general questions arise about the fixation of cultural values, of territorial allocation and claims to power, which manifest themselves in culture.