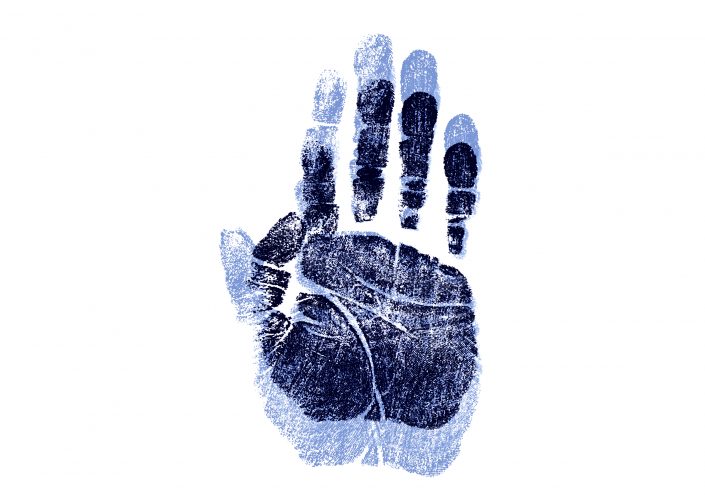 Time, language and history play a central role in the artistic processes of the Raqs Media Collective. Using various media, the artists explore social and political structures in a global context.

On Numbers and their Shadows is a set of performed notes being developed by the Raqs Media Collective on the politics, aesthetics and arithmetic of the exercise of counting people by the state, and some of its consequences, with a special emphasis on the situation in India. It takes off from the Untold Intimacy of Digits – a video by Raqs Media Collective that reflects on the history of fingerprinting and identification technologies.

Raqs Media Collective was founded in 1992 by Jeebesh Bagchi (*1965, India), Monica Narula (*1969, India) and Shuddhabrata Sengupta (*1968, India). Raqs can be read as an acronym for “Rarely Asked Questions”. The collective lives in New Delhi and works in the fields of new media, digital art, documentary film, photography, media theory and research. Their projects are mainly the result of collaborations with experts such as architects, programmers, historians and authors. In 2008, the members of Raqs Media Collective were co-curators of Manifesta 7, the European Biennale for Contemporary Art. Most recently, they had solo exhibitions at Mathaf: Arab Museum of Modern Art, Qatar (2019), Frith Street Gallery, London (2019),  K21 Ständehaus, Düsseldorf (2018), The Whitworth in Manchester (2017) and a performance at Tate Modern (2016).