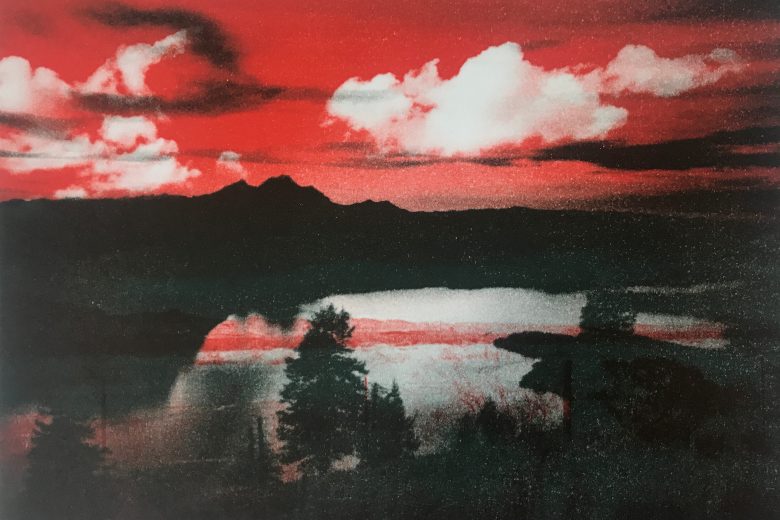 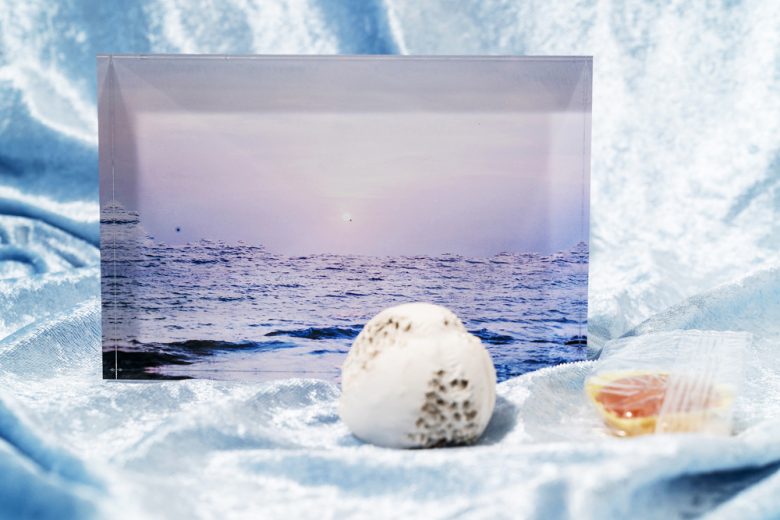 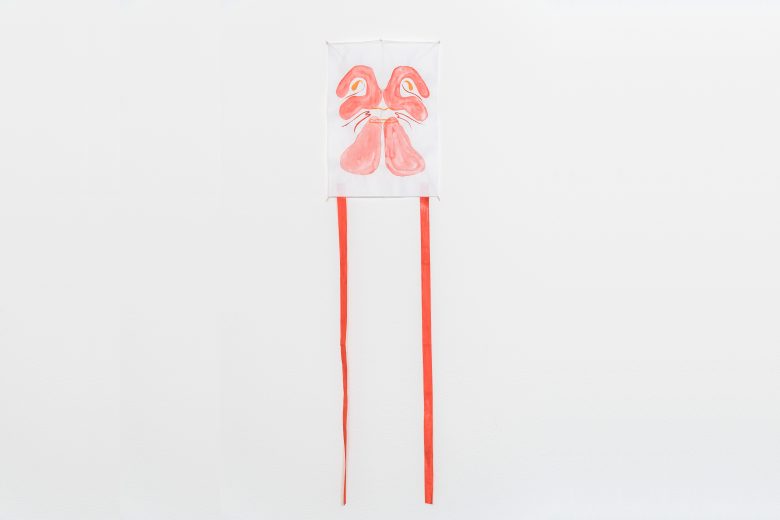 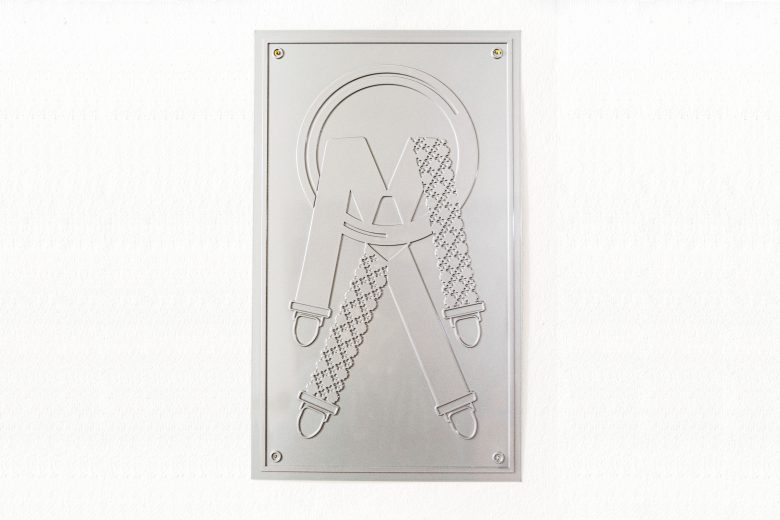 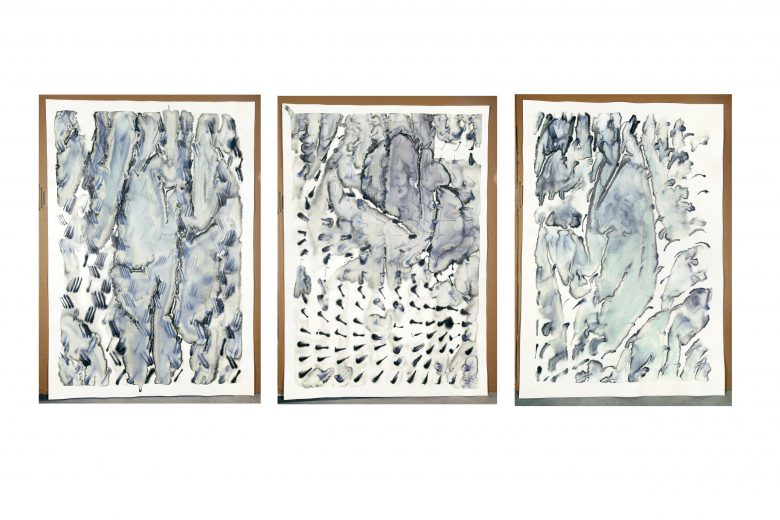 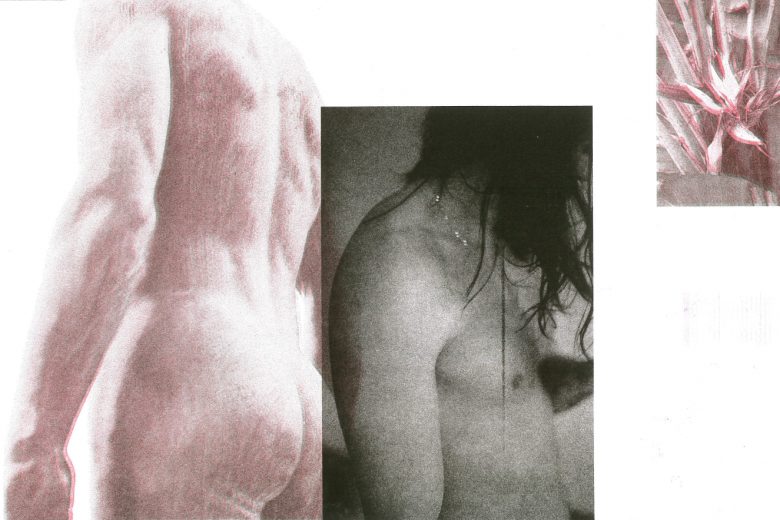 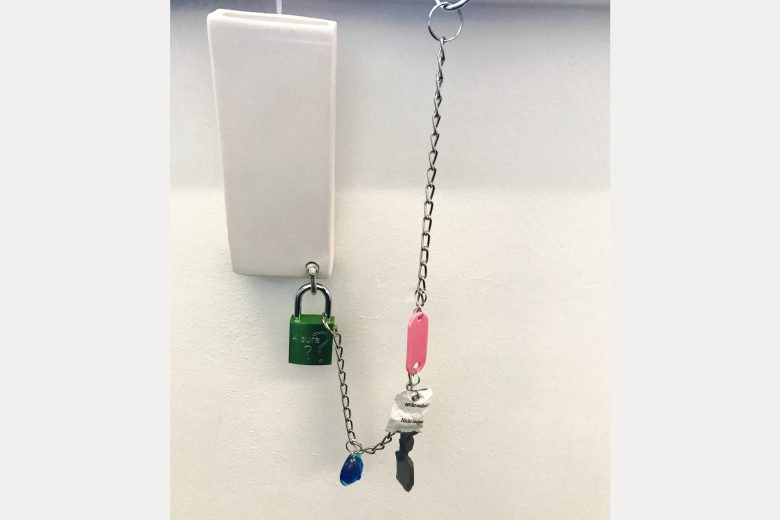 Prices and information of the editions

The Edition Rigi & some other place (2014) by Shirana Shahbazi shows a panorama of the Swiss mountain massif Rigi, which she overlays with another, unrecognisable motif as if through a dark shadow. In her photography, the artist adopts two elementary qualities that make the photographic image so fascinating to this day: both the precision in the reproduction of reality and the capturing of the transient moment, which in the reproduction transforms into a new (image) reality. The artist creates observations of sublime, partly romantic, partly tamed nature, as well as of urban urban spaces or forgotten side scenes and fleeting moments. For this she composes abstract pictorial spaces, characterized on the one hand by intense color and on the other by hard black-and-white contrasts.

In addition to the edition, Shirana Shahbazi’s new catalogue New Good Luck is also available in the Kunsthaus Shop. It shows a series of new photographic works taken during her three-month stay in India.

The ocean’s intangible and mysterious nature has inspired a myriad of images and legends throughout the course of history. The surface of the sea in particular has been one of the most prevalent subjects in the arts: home to temperamental forces of nature and marvelous mythical creatures, the epitome of the sublime and man’s devotion to God’s creation, the site of pictorial reflection on the essence of perception and depiction. The ocean has been explored by a wide range of artistic and scientific means, but ultimately it remains unfathomable – thus transforming it into a surface upon which we project our own ideas and imagination. The 19th century not only brought about the theory of evolution, but a new dimension of time as well, what is known as “deep time.” Indeed it doesn’t come as a surprise that “deep time” was quickly situated in the deep sea: This is where it all must have begun millions of years ago, the origin of life at the unknown bottom of the ocean.

Similarly, the dimension of time and the sea are interwoven in Jenny Schäfer’s multiple “The Unknown.” This post-apocalyptic arrangement brings together a handful of elements: an image of something resembling the ocean but apparently obeying a different set of physical laws, flowing in bewildering directions and forming a bizarre horizon that merges into an unfamiliar sky. The remains of an unknown marine life-form – possibly one of the “living fossils” that people of the 19th century were so fascinated by? A plastic shell filled with the sweet taste of childhood memories. The objects are placed on a piece of shiny fabric, alluding to a velvet cushion on which valuable possessions are arranged for display. Schäfer’s things are not necessarily valuable in the monetary sense of the word, but they are certainly treasured. Together they form a web of associations, which, in disrupting what at first seems familiar – like the subject matter of a sunset by the seaside – induces the uncanny sensation of déjà vu, of remembering an unknown future. The illusion of linear time, with past, present, and future passing in succession, materializes in Schäfer’s work and becomes all too palpable.

Tissue Dako, with its bamboo framework and white strings for additional tension, is a Japanese-style kite that is a variation on the traditional kite type called Kaku Dako. A hand-painted motif on Washi paper forms the kite-skin, which is modeled to create a juxtaposition of various influences. The painted motif recalls the shape of a face, abstracted and falsified. For Laura, the human face needs to be reduced to its structural components to be used in a purely ornamental form. She not only works with UV-Maps that were developed in the context of modeling a 3D-human figure, but also other schematic plans of the human face, muscle and bone structure, hidden just under our skin. The painting is also reminiscent of imprints of faces on paper, which is a more abstract yet direct form of self-portrait. Drawing from these various conditions of the human face, she creates paintings that are able to simultaneously (re)present it from the outside and inside, what is open for all to see and what lies hidden just beneath the skin. Just as faces in their various forms need to be animated by muscles, or a program, to move and be read by others, the kite is animated by air and its face starts to move as well. The kite-skin itself dissolves the idea of the skin as a barrier that separates the exterior appearance from its fleshy components or that separates the human body from the metaphysical concepts of it. What you see is what you get.

The edition Working Man derives from the ongoing series Wappen/Waffen from 2015 – emblems showing different foldings of braces. For Franziska braces represent an iconic fashion item whose symbolic relationship to masculine power has come to usurp their usage as a practical mode of dress – from working class structures of collective potential, to the formal work wear of the global financial elite. Exploring these ideas, Franziska transforms the function of the braces through an exploitation of their potential to form a variable set of linear graphic propositions. Different shapes form a whole bandwidth of meaning. A nylo-print which is normally used as a template for letterpress becomes a sophisticated badge. The presentation of these graphic explorations as three dimensional, mechanically processed prints returns this iconic, structural language to a tactile form.

Reintroducing a notion of concrete materiality while simultaneously denying actual functionality, this act firmly reasserts the braces within a fetishistic and symbolic realm.

In her sculptural and installative works, the Hamburg based artist Anna Lena Grau (*1980, DE) examines the variability of shape and materials. The relationship between result and working process plays an essential role in her artistic work. The observation of her own creative process, combined with a constant, reflexive pause, is an important part of her artistic practice. The artist manages to bring the different phases that a work passes in the studio into an exciting and at the same time balanced relationship.
A combination of research and artistic interest in scientific and philosophical questions results in works with a surprising language of materials and forms. She works experimentally with the characteristics of traditional techniques, such as the conventional moulding technique and materials such as clay, plaster, silicone, wax or bronze.

Suse Bauer (*1979, Germany) engages with the question of whether art can be used as an intermediary to outline utopias and function as a hinge between reality and potentiality. The view of the world from a vertical perspective is becoming more and more important nowadays, for example, in accessing space with satellites or using drones for economic and military purposes. The artist also applies the analytical gaze from a bird’s eye view typical of her working method to the scanner. She creates her compositions made of unfired clay as snapshots directly on the flat board, like the large-format print Landschaft unter Aufsicht(2018). However, the structured scan with the aid of the scanner light is not suitable as a tool of cognition, since the model has long been further processed. The reality of the artwork merely consists in its depiction.

With a focus on photography, graphic and typography, the Hamburg based artist Maik Gräf completed his studies of fine arts at the HFBK in 2018. The photographic series punctum (2018) is his graduation work and deals with the compression of bodies, emotions and memories. The overlaid photographs deal with the male body in the mirror of a heteronormative world.
This edition, produced using the risographic printing process, is the result of his work.

Pablo Schlumberger (1990*, DE) draws his art from an aesthetic world of everyday objects. He uses materials and shapes taken from artisan contexts, such as handicrafts. Sometimes it is rain gutters, crocheted covers or oversized jugs of stoneware that he transforms into fountains bubbling with coffee or builds into space-filling installations; sometimes – as in this edition – it is ceramic heating humidifiers that have gone out of fashion.