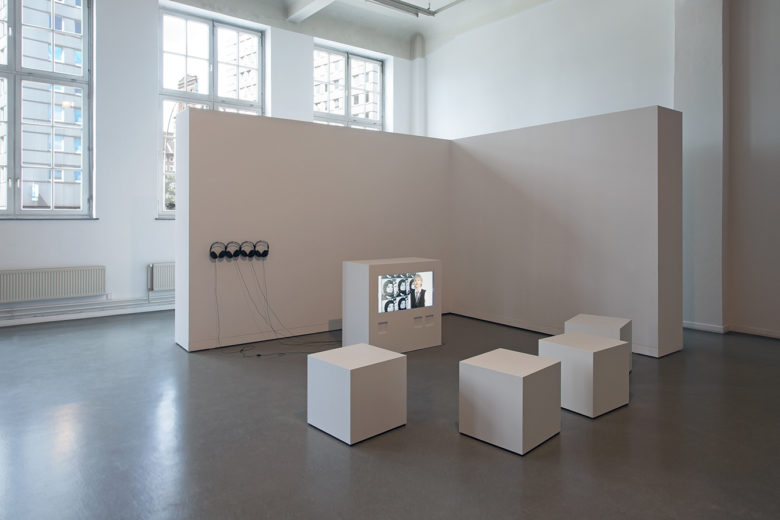 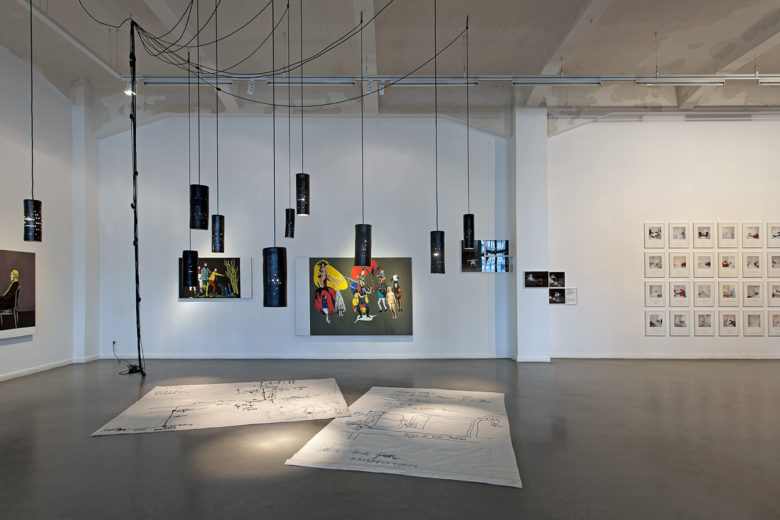 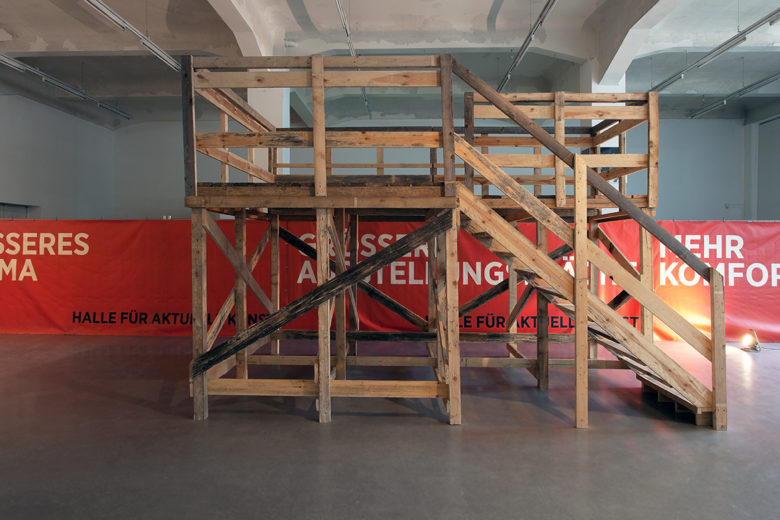 On the occasion of this year’s Finkenwerder Art Prize, awarded to Christian Jankowski, Kunsthaus Hamburg will show a solo exhibition of current works by the conceptual and media artist living and working in Berlin. The main focus of the exhibition is on works that deal with cultural representation, the current understanding of remembrance culture, as well as the potential of culture as a medium for communicating history. With numerous references to the ambivalent German history, Jankowksi has made his own contribution to the annual theme of the Kunsthaus Hamburg, dedicated to ways of dealing with the past in a fast-paced society focused on topicality, with the motto “the future also used to be better” (loosely based on a quote by Karl Valentin).

Against the background of the so-called “Kunstmeile Hamburg”, with the Kunsthaus located in its centre between Kunsthalle and Deichtorhallen, the exhibition forges a link between the artist’s early video work GALERIE DER GEGENWART “2097”, works from the last five years, through to the latest video installation UNGLÄUBIGES GLÜCK, which was produced for the anniversary of the Deichtorhallen last year. In the 3-channel video installation – which was previously installed in front of the Deichtorhallen for a just a few hours on the evening of 9 November – the artist questioned people closely connected to the institution such as curators, critics, collectors, politicians, and exhibition visitors about their memories of the fall of the Berlin Wall on 9 November 1989: The interviews took place in the cellar of the former wholesale market hall, in front of a night vision camera. At the same time, the Deichtorhallen art venue in Hamburg was celebrating its first opening. As the interviewees interchange words such as “wall” and “reunification” with the terms “Deichtorhallen” and “opening”, the two incidents are linked by an absurd concurrence and the cultural event is charged with unexpected emotional and historical meaning. For the installation, Jankowski commissioned a replica of the viewing platform at Checkpoint Charlie, from which one can look across the building site fence, which veiled the Deichtorhallen during its renovation in 2013/14, and see the contemporary witnesses on the projection screens. This installation is juxtaposed with an early video work from 1997, which Jankowski created on the occasion of the opening of the Galerie der Gegenwart in Hamburg the same year. The theme of this work is also the opening exhibition of an important contemporary art venue in Hamburg.

However, in contrast, the gaze is not directed towards the past but Jankowski evokes a future scenario: 100 years after the opening, in 2097, the museum re-enacts its opening exhibition. Thanks to the mysterious rejuvenation virus, the protagonists from back then (including Uwe M. Schneede, Franz Erhard Walther und Rosemarie Trockel) participate in the opening once again. Hence the museum director and the artists, manifested as 8-year-old children, give a tour through the rooms of the collection and talk about the development of art and their own careers throughout the past 100 years.

The work HEAVY WEIGHT HISTORY, which will also be presented in Kunsthaus Hamburg, shows a completely different but by no means less idiosyncratic approach to collective cultural memory. In the run-up to the world championships in weight-lifting in Poland in 2013, Jankowski himself commissioned ten Olympic athletes from this discipline to lift several war and historical memorials in public plazas in Warsaw. The action was recorded in both large-format black-and-white photographs and in a video, which is commentated by a well-known Polish television presenter in the style of a live sports programme. The “weightiness” of history, not only in this country, is hence playfully portrayed by Jankowski in a double sense.

The 22-piece photographic series STAATSGESCHENKE, from 2010, shows the – to some extent affected – forms political representation can take in the guise of cultural artefacts. The series documents examples of official state gifts made to the German chancellors of the last 60 years. Although they often appear timeless, they still allow conclusions to be drawn regarding the relationship between the states and the respective era and hence here Jankowski also creates a link between political power, historical meaning and aesthetic communication.

On the occasion of the awarding of the prize, Jankowski will present a new work in the plant of the award sponsors, the international company Airbus. In the form of a performance, he will explore the significance of the cultural commitment of international concerns. This work will also be on show in the exhibition in Kunsthaus Hamburg as a video documentation.

The Kunstpreis Finkenwerder, worth 20 000 €, has been organized by the Kulturkreis Finkenwerder since 1999 and is funded by the company Airbus Operations. It is awarded to artists whose works have made an outstanding artistic contribution to contemporary art in Germany. Winners in recent years have included the artists Almut Heise, George Rickey, Candida Höfer, Neo Rauch, Daniel Richter, Thorsten Brinkmann and Ulla von Brandenburg. With Christian Jankowski, the five members of the art prize curatorial board have honoured an artist who has artistically examined the mechanisms of our media society since the 1990s. With context-specific performances, video installations and photographs, Jankowski frequently takes the conditions and rules of the art world and links them to representational forms used by popular media such as television or cinema. The close collaboration between laypeople and specialists from related disciplines typically plays an important role in the development of his work. Jankowski humorously puts the (self-)reflection of conventions and standards within the art context to the test.